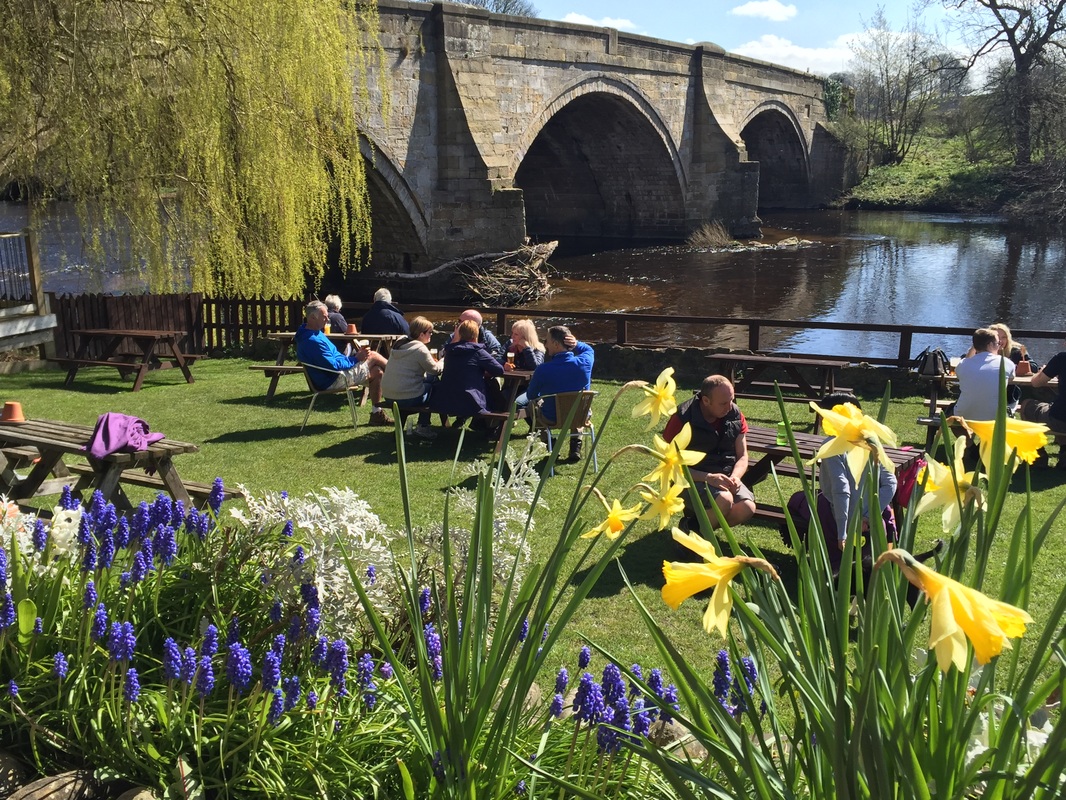 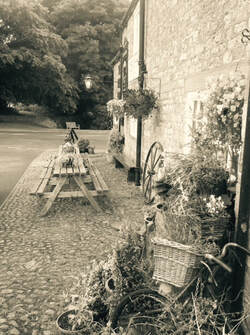 The Village of West Tanfield
West Tanfield is a charming old village on the northern bank of the River Ure in North Yorkshire and is steeped in history.
Just outside the village stands the ancient Neolithic monument of Thornborough Henges believed to date from between 3,500 BC to 2,500 BC and described as 'The Stonehenge of the North'.
Below the church of St.Nicholas in the heart of the village and underneath the rippling waters of The Ure lies an old Roman crossing point, whilst overlooking the river at this point there stands The Marmion Tower a 15th. century gatehouse, open daily April to September with free entry.
St.Nicholas Church, erected in the 13th. Century, and renovated in the 15th. and 19th centuries, is a delightful Grade Two listed building and well worth visiting
The village boasts two pubs, both venerable and historic, each offering a superb selection of food, drink and accommodation.

The Bull Inn, nestled beside the River Ure and with a beautiful riverside garden, lies alongside the 18th.century stone bridge.
Originally a Ferryman's Cottage and restored in 1699, the Bull Inn is a quintessential English Pub full of character and charm and offers an excellent range of local cask ales, traditional home cooked food and five cosy letting rooms, all with en suite.
Voted 'Yorkshire's Favourite Pub' in 2016, the Bull Inn offers a traditional English pub experience in all its glory.